In Georgia, we have a “new” set of standards for math.  However, they are still verrry similar to the previous Common Core.  These “Georgia Standards of Excellence” still have much of the same (if not identical) verbiage.

This includes using strategies outside the traditional algorithm to add and subtract. The “new” Georgia standard is:

“MGSE2.NBT.5 Fluently add and subtract within 100 using strategies based on place value, properties of operations, and/or the relationship between addition and subtraction.” 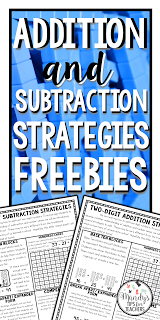 By encouraging students to use other strategies to add and subtract, we can strengthening their mental math skills, understanding of the base ten system, as well as have a deeper understanding of WHY the, “More on top?  Need to stop!” poem WORKS.

I do believe in beginning with using the most concrete methods to the most abstract methods. If you want to learn more about concrete to abstract relationships in math, this webpage is a nice, simple overview.

We WERE somewhat mandated in that we had to teach multiple strategies, but I felt we were given leeway in WHICH strategies we could teach. This was my personal sequencing for teaching. I have also included photos of the addition and subtraction math centers that I created to practice each strategy. Just click on the pictures to see the centers.

Some years before I ever pulled out the base ten blocks, I used unifix cubes in rods of 10. This made it an easy, PHYSICAL way to pop apart the ten to regroup.

The base ten block strategy also transferred easily to a semi-concrete level where kids could draw the blocks to add.  Some of my most struggling learners mastered this skill in second, but never full got to the full abstract stage.  They had a way to solve the problem- it just took them awhile. 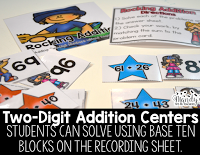 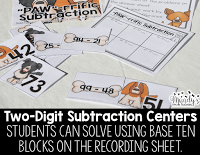 My next strategy when teaching two-digit addition and subtraction was using the hundreds chart. I read one website that said this was concrete and another that said it was representational.  I am not sure which it is, but I have a hard time thinking a grid of numbers would be concrete because it is harder to manipulate, but I am no expert. I liked this method because my kids were VERY familiar with the hundreds chart.  We used it ALL THE TIME.  It is also a break down of place value- basically hopping around by tens and ones, with visual cues. 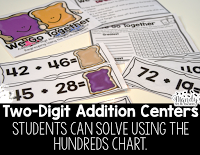 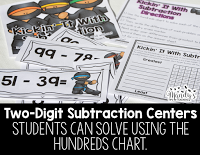 I actually did a video at the beginning of the school year, showing several different math strategies that could be taught with the hundreds chart, including arrow math. This is essentially addition and subtraction.

After my kid were pretty good with this method, we practiced with laminated hundreds chart and either counters or dry erase markers.  Then, we would move to paper/pencil practice.  I made this pack for that very reason. 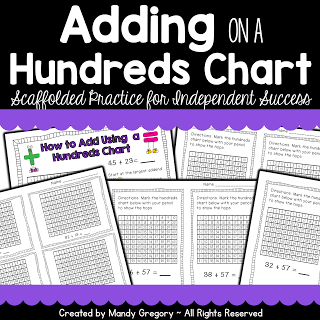 It has a poster with directions as well as scaffolded practice sheets.

The next strategy I taught depended on whether we were studying addition or subtraction. If we were working on addition, I would introduced adding with expanded form.   You can also lead into the partial sum strategy if kids get the expanded form strategy- they pair very nicely and kids “get” it. This was a personal favorite of mine because it lends itself easily to mental math.  It also happens to be how I add in my head! LOL! 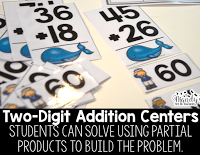 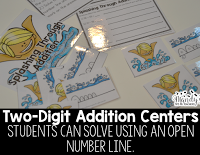 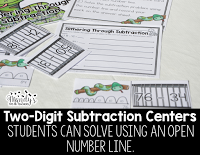 This can be a hard strategy to find materials.  I created this pack to scaffold from beginning to end! 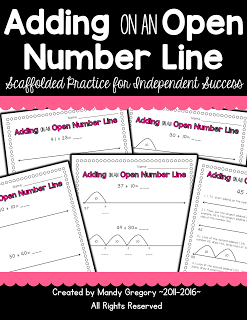 I think that besides the struggles with instruction we may come across, is simply educating parents.  I know I was not taught these strategies when I was a kid….and I am old enough to have a kid in elementary school! Let’s not get more specific than that LOL !
I made these two FREE handouts for parents.  Just click on the pictures to snag them! 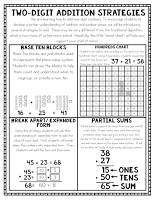 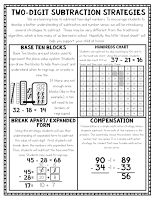 They are each two pages that describe different strategies to solve problems.  They are two pages for each.  On the second page, you can add an editable note to parents, if you want.  However, the actual handout itself is not editable. The handout includes MORE strategies than those I cover above, just in case! 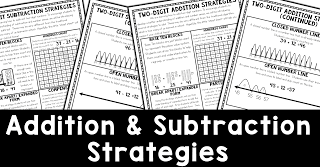 Which strategies do you prefer?

Mandy Gregory is a 2007 and 2012 Teacher of the Year. She has taught Kindergarten- 4th grades in both the general education and inclusion settings. She is currently a 1st grade Special Education teacher.  She is the owner and creator of Mandy’s Tips for Teachers website (www.mandystipsforteachers.com) and has over 13 years of teaching experience. She is married with two beautiful children.